The Jewish Museum of Buenos Aires “Salvador Kibrick” (1967) is located in the neighborhood of Recoleta next to the Colón Theatre (the Opera House) and the Supreme Court of Justice. Both the Central Synagogue -widely known as “Templo Libertad”- and the Buenos Aires Jewish Museum share the same building.

In 2011 the Jewish Museum of Buenos Aires conducted a full renovation through the work of multidisciplinary team of experts leaded by the historian Ariel Raber, Liliana Flugelman (Curator), and the expert in Jewish art Tamara Khon. The full renovation of the existing museum also included refurbishing and modernizing the infrastructure. 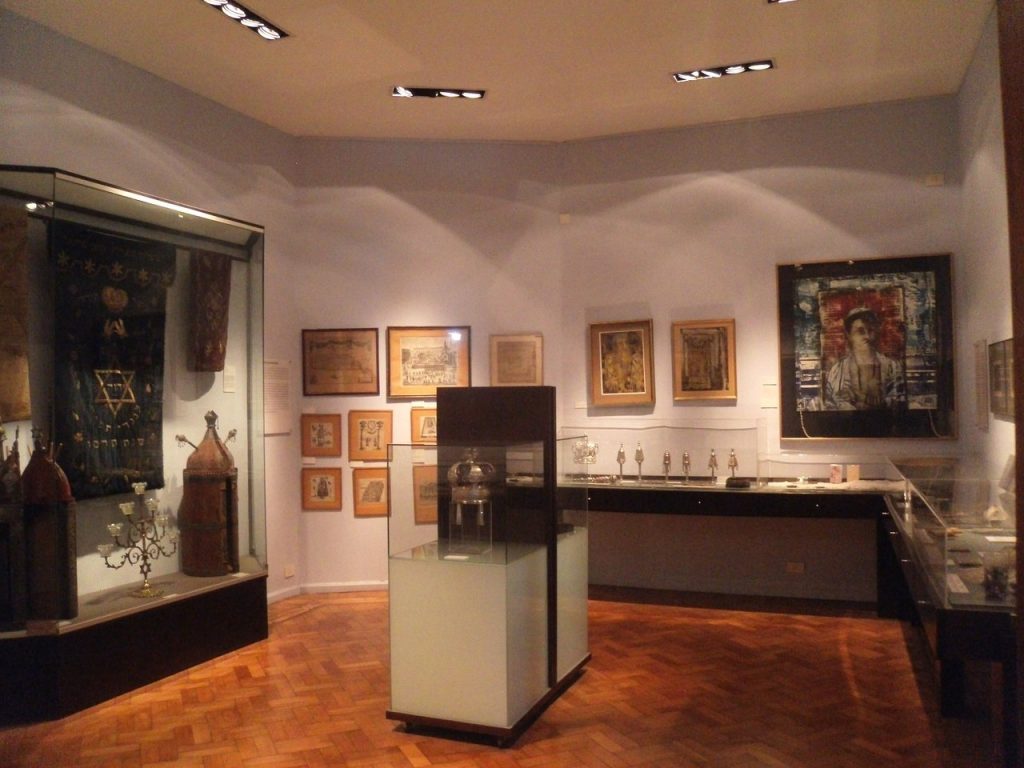 The main exhibition is dedicated to the Jewish traditions and displays a rare collection of ancient Sephardic toras from Middle East. The Jewish Museum of Buenos Aires along with the Central Synagogue is one of the most interesting places for visiting with the Jewish tour in Buenos Aires.

A replica of the vapor Wesser is shown to remember the beginning of the Jewish immigration to Argentina. The big Jewish immigration to Argentina was promoted by the Jewish Colonization Association (JCA) establishing agricultural colonies all over Argentina. The JCA -also known as ICA in yiddish– was created on September 11, 1891, by Baron Maurice de Hirsch. Its aim was to facilitate the mass emigration of Jews from Russia and other Eastern European countries, by settling them in agricultural colonies on lands purchased by the JCA, particularly in North America (Canada and the United States), and South America (Argentina and Brazil).

The Jewish Museum of Buenos Aires also holds the largest collection of Minkowksy (1881-1930), the Polish Jewish artist that portrayed the images of the pogroms. Having been informed of the pogroms taking place in Odessa, he traveled there to document the events with a series of drawings. Later Minkowsky continued his journey traveling around Germany and Austria. His paintings were exhibited in Vilnius and Łódź, as well as at the Zachęta. Lately the artist moved to Buenos Aires where he passed away.

The museum also displays objects from the Jewish agricultural colonies such as the knives used by the Jewish butchers when performed the shechita, slaughtering of certain animals for food according to kashrut. At the same level we may also find yiddish records and a yiddish Remington typewriter as a reminder of the language that was spoken by the majority of the Jews in Argentina. All guests who take a Jewish Tour in Buenos Aires should visit the Jewish Museum

Finally, the last room is dedicated to the festivities and holds a collection of ritual objects used in Purim, Pesach and Rosh Hashana. Most of that objects were brought by the Jewish immigrants when arrived from Europe.